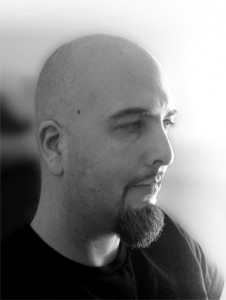 My name is Alexander Preuss and i was born 1974 in Aachen Germany.

I started very early with traditional painting and my Mother took care about progress during my childhood. After i bought my first Computer, an Amiga 2000, i was deeply impressed by the possibilities of digital Art and i started to train myself in this area.

Thanks to my first digital works i got a job in the computer game industry and became the art director of Egosoft GmbH in Herzogenrath 1996.

Due to family reasons i had to left the company in 2002, but i came back in 2008 to work as lead artist and art director again.

I would describe myself as a very dedicated and focused person when it comes to my work, but also in my private life.

My spare time is reserved for my Family and my personal art projects which were also successful, and a lot of them received international Awards and are published in Magazines, Books and other media all over the World.

These are the main aspects of my knowledge which i trained in the past 20 years on a nearly daily basis with the available tools in my environment like traditional painting materials as Pencils, Copics, Posca, Oil and Acryl colors, but also PC tools like Z-Brush, Blender, 3DS Max, Photoshop and others.

In addition to these awards i got a lot of other minor and major international recognitions that made my profile worldwide known.